In this week’s episode, Jennifer shares tips and strategies for women working in real estate to stay safe in their daily activities.

Well hey there, welcome back to the women rocking real estate podcast, I’m your host Jen Percival and I’m so genuinely grateful that you have taken some time out of your day to tune in to listen here today.

Before I jump into today’s very important episode, I need to send a shout out to realtors Lainie and Debbie who have 9 kids between the two of them…yep you heard that right. 9 kids. Anyway, they sent me just the most heartfelt message last week on a day when I really needed it so thank you ladies, it was so appreciated! I also want to thank Leah, Natalia and Butterfly girl for your amazing reviews of the podcast. I so dig that you ladies took the time to write them and I want you to know that I gobble every word up.

Ok today we’re going to be chatting about something really important and to segue into it I’m going to start with a story. Let’s rewind 11 years ago to the very first open house I ever hosted of an estate sale. It was a few months after I got my license and of course there was a massive snowstorm. Well I sat there twiddling my thumbs for for the entire open house with not a single visitor. Just when I’d given up hope of anyone coming, a big group showed up just before I was about to close up. It was a small home and so they were all kind of crammed in the entryway taking off their winter boots. I asked if one of them could sign in and this woman was like no problem and off the rest of them went to tour the house. Well about 10 min later they all left and I was starting to gather up my stuff to leave when I noticed there was still a pair of men’s boots at the front door. As I said it was a small bungalow and I knew there wasn’t anyone on the main floor, so I went to the top of the basement stairs and yelled hello? Nothing. At this point my heart started racing a little faster. So I yell louder hello? Making sure anyone would hear me. Nothing. So I’m now starting to full blown panic, like what are you supposed to do? I’m alone and I’m pretty sure there is a man in the basement that is not responding. Is he hurt? Is he unconscious or is he waiting in a corner to attack me? So I yell down that the open house is over and I’m leaving now and he finally responds and says that he’s looking for the electrical panel and can I come down and show him where it is. I didn’t even respond, I quietly grabbed my jacket and my purse and left the house and got into my car, locked it and called the police. A minute or so later this man came out of the house with a big parka and hoodie on and quickly walked down the street. I couldn’t see anything about him to give a description, but to be honest the police weren’t very helpful anyway and were in no rush to come to my rescue.

So that was my first open house experience. Before that day, I hadn’t really spent too much time thinking about my safety, but that experience sure put me on high alert and that is what today’s episode is all about.

You may have already had a meeting about safety at your brokerage or been given information as a reminder, but this is one of those things that you need to constantly keep top of mind. It’s so easy to get busy or distracted and forget that we are always putting ourselves in situations that have the potential to be dangerous. So I don’t care if you’ve heard this a few times already. I want you to hear it again and who knows, I might share a tip today that you hadn’t heard of and it could save your life. How’s that for dramatic? Well I’m actually very serious. So stay with me ok?

Sadly that open house experience wasn’t the only time my instinct told me something wasn’t right. I’ve had a number of concerning things happen over the years, so you always need to keep this stuff top of mind.

Tip #1 – Vet people before any appointments

So tip number 1 is about prevention and that is to always vet people before booking any appointments:

Always check the email address of anyone that contacts you and google them to find a LinkedIn or Facebook Profile or website that corroborates who they are
Be wary of blocked phone numbers. I like to actually have people leave a message with their phone number so that I can call them back to verify the number.
Always ask them to send you a picture of their driver’s license for your records
Whenever possible, meet with them at the office or a coffee shop first before going to a property and ask for a pre-approval.
For listing appointments, always Verify the home ownership before going to a listing presentation and google the address and the owners name to see if anything comes up

Tip # 2 – Conduct Appointments as though your life depended on it

Tip number 2 is to conduct listing and showing appointments with people you don’t know, as though your life depended on it.

I’d say the most important tip here, is to trust your instincts. If you start feeling uncomfortable trust that feeling and don’t let embarrassment or awkwardness or worrying that you’re being paranoid, make you continue.

So another situation that happened to me probably 5 years ago or so. I had a client who was kind of a celebrity….not like an A-lister, but like a c-status. Anyway she owned a townhouse that she stayed in when she was in Toronto and she decided to sell it because she was never here. She wanted to unload it and I was feeling pressured to sell it quickly. Well one day this guy calls me and says “Hey I just drove by that townhouse you’ve got listed and was wondering if I could see it now? I’m from Hamilton and I’m only in town for a few hours, so small window to see it.”

I normally would want to vet someone more, but asked what his name was, where he worked, what his address was and agreed to meet him at the property before I had a chance to check out what he’d told me. The parking at this townhouse complex had spots right on the other side of the street and there was loads of them available, so I parked and waited for him outside on the porch. When he arrived, he parked way down the street where I couldn’t see his car, which I thought was odd. What was even more odd though, was that when he got out of his car, he was on crutches and had one of those boot casts. So right away my spidey senses went off and I decided I wasn’t going in the house with him. So I unlocked the door and told him to have a look around and that I’d be waiting outside. So I’m standing on the porch and he calls to me and says that he’d really like me to follow him up the stairs because he was worried he might fall with his crutches. I was honest and said sorry, I won’t be able to catch you anyway and I don’t go into properties with people I don’t know. Was it a little awkward refusing to go inside the house with a potential client, well yah, but the alternative is not exactly ideal either. And by telling him straight up that I was uncomfortable, it eliminated his leverage if he was up to no good. Criminals count on catching their victim by surprise.

Long story short he left about 5 minutes later and peeled out of the parking lot before I could check his license plate. When I called him back on the phone to follow up, the number he’d called me from was not in service and the name and address he gave me was fake. Once again, I reported the incident to the police, but without anything tangible, there wasn’t much they could do. The reality is they don’t have the resources to investigate things that are suspicious, but where nothing actually happened.

Moving along, tip number 3 is to keep your guard up at open houses as well and don’t assume there will be lots of people around and no need to be as cautious.

Tip # 4 – Use technology to your advantage

Tip 4 is to use technology to your advantage.

You know all of this might seem like we’re being overly paranoid, but we are more vulnerable than the average person to be targeted and it can be targeted for a variety of reasons. When realtors get murdered or violently attacked, it makes the news…but there are tons of things that happen that the real estate community as a whole, doesn’t hear a thing about.

I had a guy that actually tried to extort money out of me. My phone rang one morning and when I answered this guy was like Hey Jen are you at home still or are you at the office? He was totally acting like I knew him, so I assumed it was a client, but I didn’t recognize his voice, after some chit chat I asked who it was. And he said “what you don’t recognize my voice? You should you ‘beeped me enough times a few years ago and I’ve got it all on video. He then went on to say if I didn’t pay him money that he was going to post it online and tag me. To be honest I laughed at him and the absurdity of it and just hung up, but he called me repeatedly for months, he had stalked me online and knew things about me. It was extremely unsettling and there wasn’t much I could do about it. He used proxy lines every time he called me and in Canada we don’t have the same tracing options available. It stopped just over a year ago, but ironically I got another call a few weeks ago which prompted this podcast. Anyway it was not a good experience to go through and my husband genuinely wanted me to quit working real estate.

So I’ll leave you with two final thoughts on this…number one Don’t ever let your guard down just because it’s a couple. In two cases where realtors were murdered, a woman was involved as part of the luring process and number 2 always always always trust your gut. We have a built in mechanism to protect us and we need to learn to tune into it and trust it. Don’t ever stay in a situation that is making you feel uncomfortable because you’re worried you could be being paranoid. Trust yourself and don’t take unnecessary risks.

Alright ladies that brings us to the end of this week’s quick episode. I hope that these tips will remind you to make your safety a priority in 2020.

Also, if you’re ever lacking motivation, make sure you check out my IGTV channel where I post daily quick videos to get your motivation pilot light fired up. 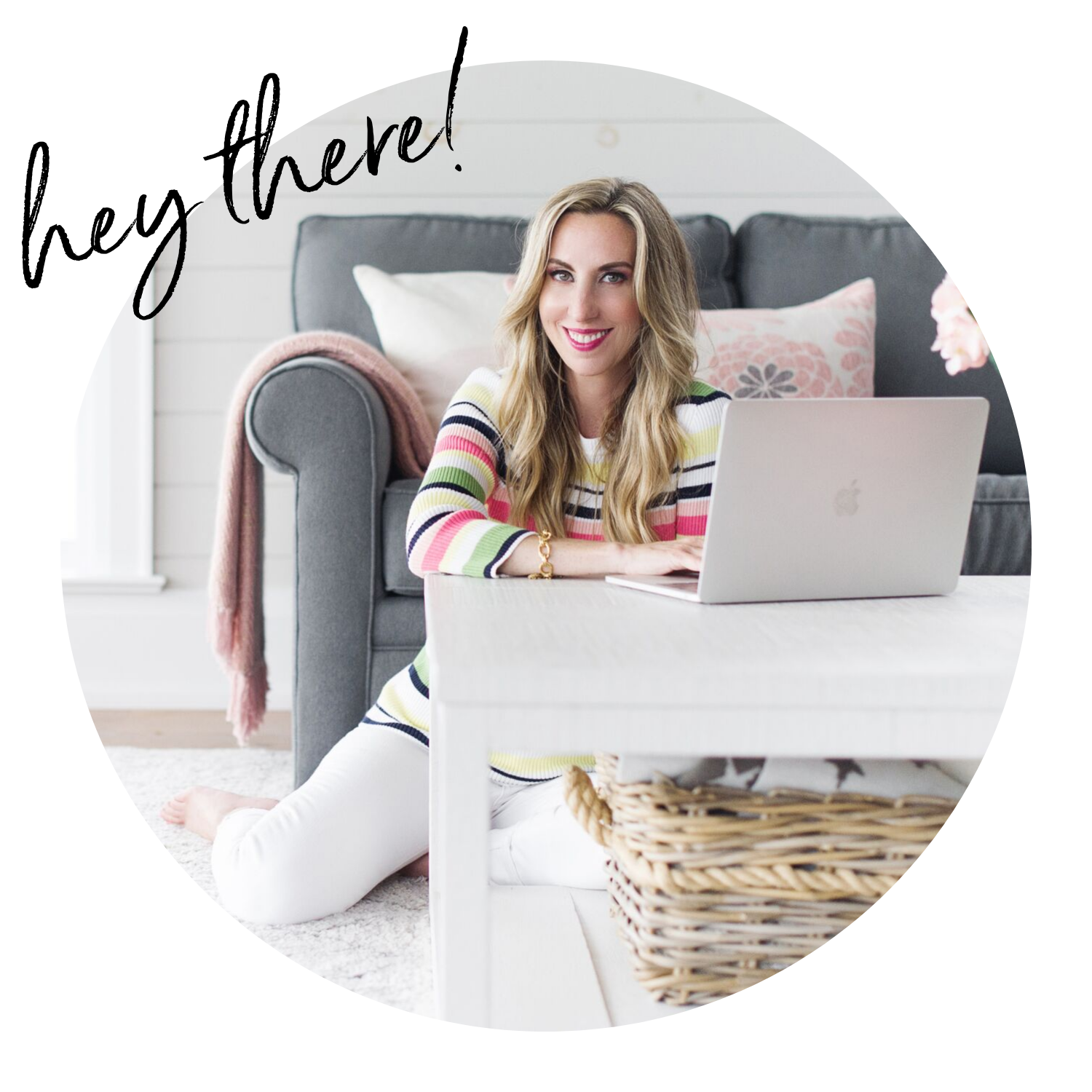